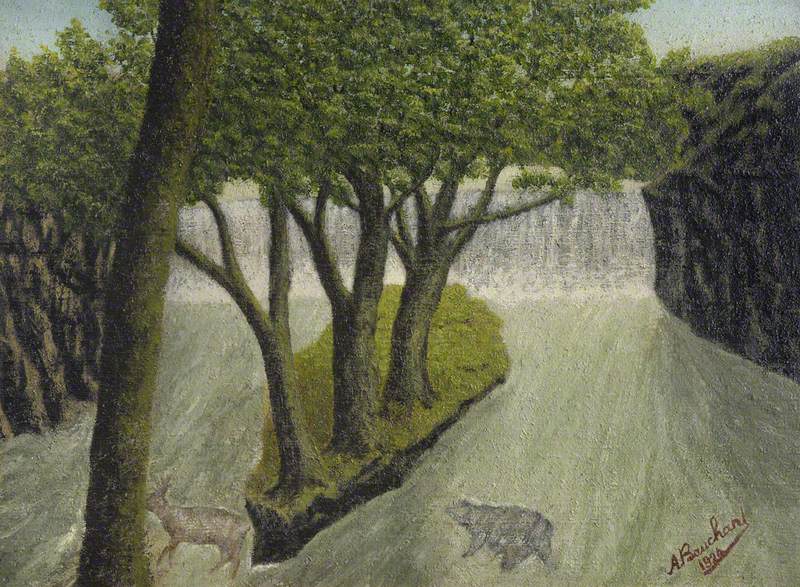 Animals Crossing a Flooded River with a Distant Waterfall 1924

French *naive painter. He was a market gardener until 1914 and did not begin painting until 1919, when he was demobilized after war service (in the army he had shown a talent for drawing and had been trained as a map-maker). In 1921 his work was shown at the *Salon d'Automne, and he soon became one of the best-known painters of his type. He was promoted by Wilhelm *Uhde, the leading impresario in the cult for the naive, and his admirers and patrons included *Diaghilev (who in 1928 commissioned him to design costumes and sets for the ballet Apollo Musagète, to music by Stravinsky), *Le Corbusier, *Lipchitz, and *Ozenfant. Bauchant's favourite subjects were history and mythology, for which he found inspiration in old illustrated books; two examples are in the Tate (Greek Dance in a Landscape, 1937; and Funeral Procession of Alexander the Great, 1940).