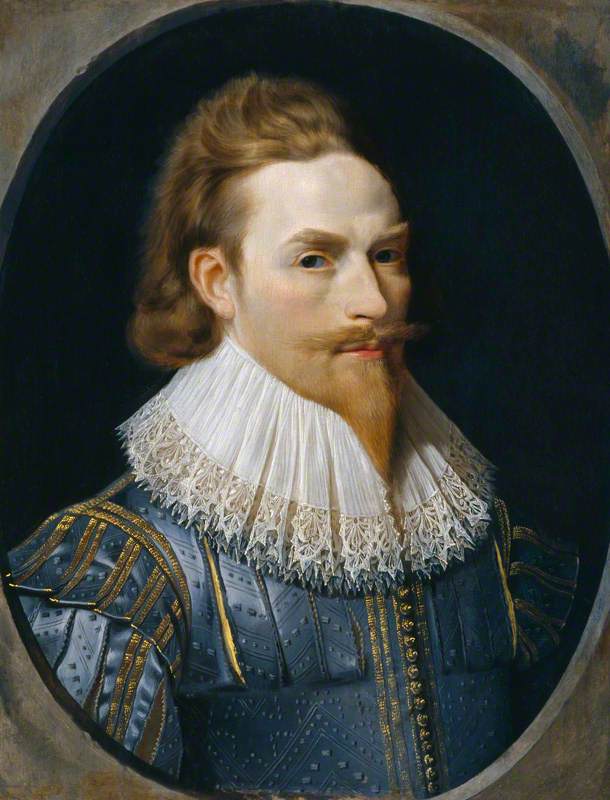 National Portrait Gallery, London
(b Redgrave, Suffolk, Aug. 1585; bur. Culford, Suffolk, 1 July 1627). The first English amateur painter of note, a high-born country gentleman, nephew of the Lord Chancellor Francis Bacon. Fewer than a dozen paintings by him are known; with the exception of a miniature landscape on copper in the manner of Bril, which has been claimed as the earliest British landscape (Ashmolean Mus., Oxford), they are either portraits (mainly of members of his family, including self-portraits) or kitchen still lifes (Cookmaid with Still Life of Vegetables and Fruit, c.1625, Tate, London). His most ambitious painting, an imposing full-length self-portrait (c.1620, Gorhambury, Hertfordshire), displays a more coherent realization of space, greater subtlety of colouring, and sharper characterization than had hitherto been achieved in English portraiture and shows he was the equal of Mytens or Cornelius Johnson, the most renowned portraitists in England before the arrival of van Dyck.