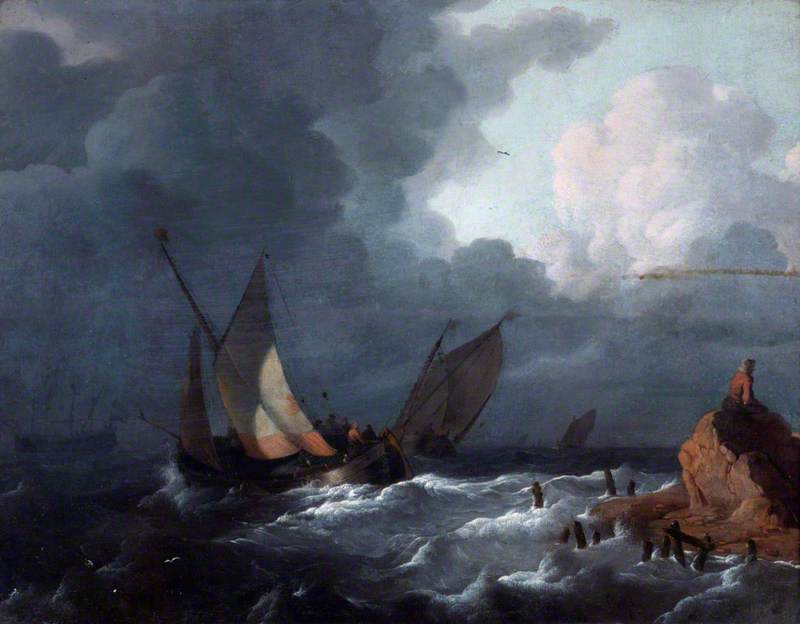 Ships off Shore in a Stormy Sea

Paintings Collection
(b Emden, 28 Dec. 1631; d Amsterdam, 6/7 Nov. 1708). Dutch painter, mainly of marine subjects, active in Amsterdam. After the van de Veldes moved to England in 1672/3, Bakhuizen became the most successful marine painter in Holland, his clients including distinguished collectors from other countries, notably Peter the Great of Russia, who visited his studio. He captured the drama and movement of ships, but seldom achieved the poetic effects of either van de Velde the Younger or Jan van de Cappelle. His grandson, Ludolf Bakhuizen the Younger (1717–82), imitated his work.