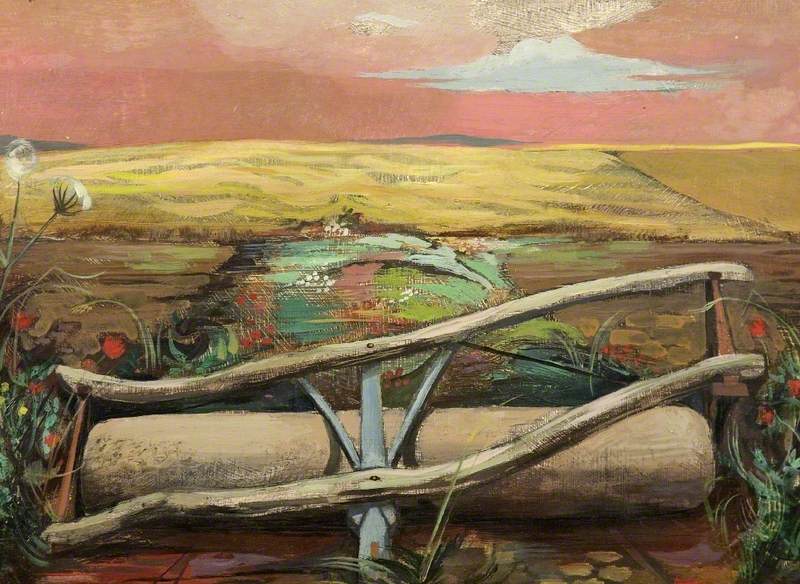 (b London, 20 Feb. 1921; d London. 16 Nov. 1975). British painter, sculptor, stage designer, book illustrator, writer on art, and broadcaster. His career was often marred by ill health, but he travelled widely and had a long and varied list of works to his credit. He was an erudite, inventive, and highly individual artist, much of whose work revolved around his obsession with the myth of Daedalus and Icarus, which he treated as analogous to his own artistic endeavours. The most extreme expression of his obsession is the enormous maze of brick and stone (1968) he built for an American millionaire at Arkville in New York State, imitating the labyrinth Daedalus built for King Minos of Crete at Knossos. He wrote several books, including The Testament of Daedalus (1962), and illustrated many others.

Read more
From 1944 to 1946 he was art critic of the Spectator (succeeding John Piper), in which position he was a leading spokesman for Neo-Romanticism, and at about the same time he became a regular radio broadcaster on art (he also appeared often in the BBC's Round Britain Quiz).