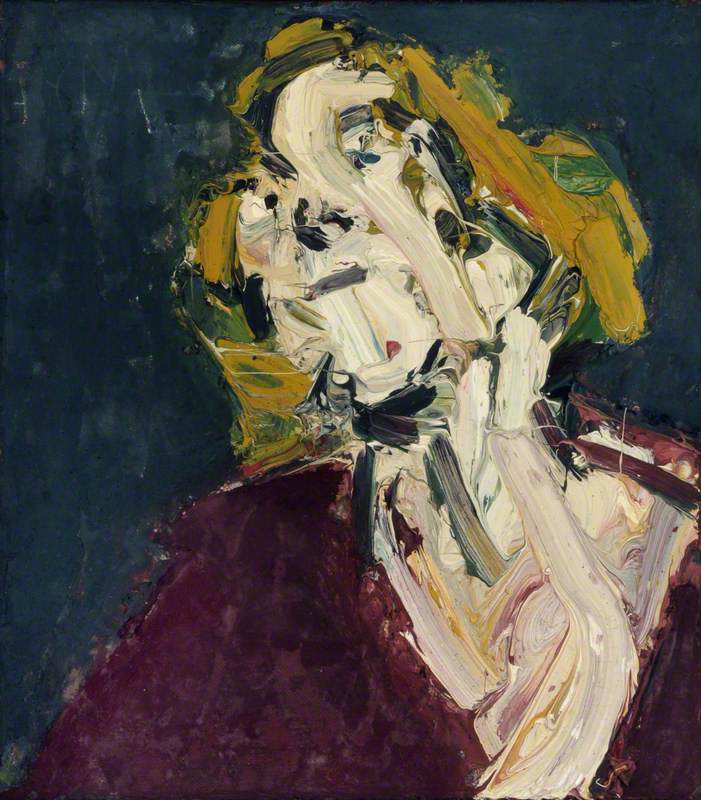 German-born painter and printmaker who was sent to England by his Jewish parents as a refugee in 1939 (he never saw them again) and became a British citizen in 1947. He studied in London at *St Martin's School of Art, 1948–52, the *Royal College of Art, 1952–5, and at evening classes under David *Bomberg, whom he found an inspiring teacher. Auerbach's paintings are in the *Expressionist vein of Bomberg's late work and they are notable for their use of extremely heavy impasto, so that the paint at times seems modelled rather than brushed. His favourite subjects include portraits (particularly of people he knows well), nudes, townscapes, and the building site. The poet Stephen Spender has characterized the figures in his paintings as ‘people who seem burdened with perhaps terrible experience…like refugees conscious of concentration camps’ and he has suggested that Auerbach's fascination with building sites reflects the destruction he saw around him in his childhood.

Read more
From the mid-1950s Auerbach has also made prints (drypoints, etchings, and screenprints), his subjects including nudes and portraits. There was a major *Arts Council exhibition of Auerbach's work in 1978, and in 1986 he represented Britain at the Venice *Biennale—indications of the high reputation he enjoys. As early as 1961, when Auerbach was only 30, David *Sylvester wrote of him: ‘It is because of the subtle and profound way in which Auerbach's work gives expression and coherence to the complexity of our perceptions of simple things that he is for me the most interesting painter in this country.’ Some critics, however, find his paintings muddy and overworked.