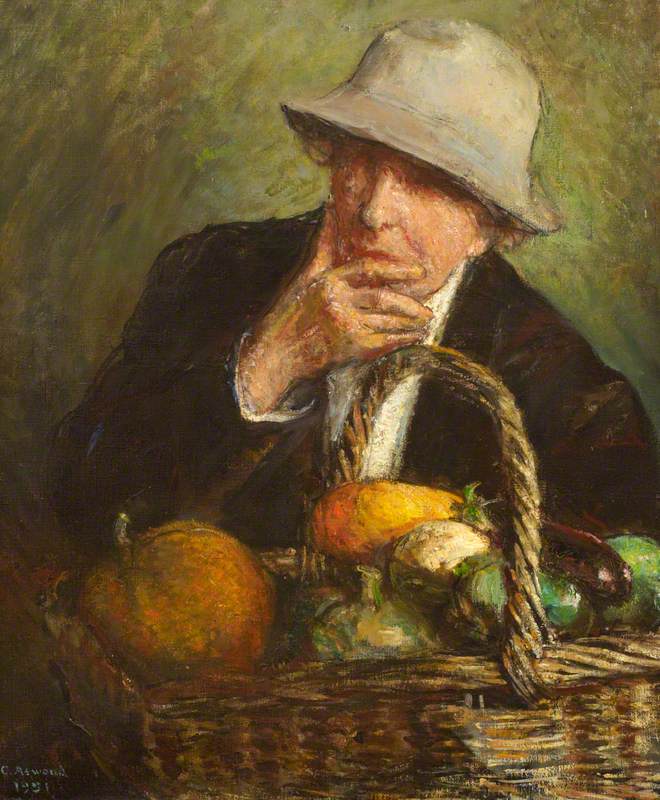 Self Portrait in a Hat with a Basket of Vegetables 1951

National Trust, Fenton House
Painter, born at Richmond, Surrey, the daughter of an architect. Studied at Westminster School of Art and Slade School of Fine Art under Henry Tonks and Philip Wilson Steer. One-man show at Carfax Gallery, 1911, also showing at NEAC, RA, Ridley Art Club and many other venues. Did World War I paintings for the Canadian government, some of her work also going to Imperial War Museum. Tate Gallery holds her portrait of the actor Sir John Gielgud’s room, in 1933. Lived at Smallhythe, Tenterden, Kent, where she was known as Tony, in a group which included Ellen Terry’s daughter Edith and the woman writer Christopher St John.