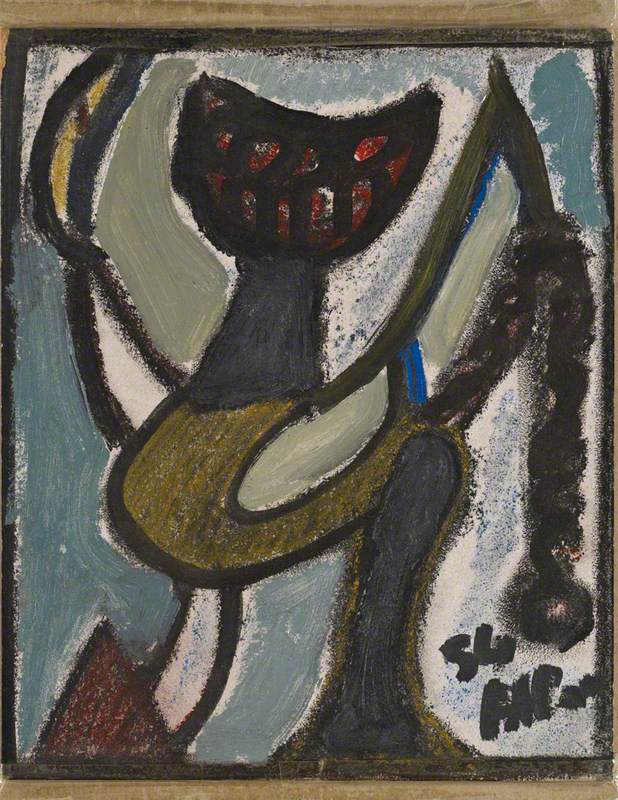 French painter, lithographer, and poet, born in Algeria of Jewish-Berber ancestry and active mainly in Paris, where he settled in 1930. Atlan took a degree in philosophy at the Sorbonne and was self-taught as an artist. He began painting in 1941 but was arrested by the German occupying forces in 1942 because of his activities in the Resistance; he saved his life by feigning madness and was confined to an asylum (where he was allowed to paint) until the Liberation of Paris in 1944. In that year he had his first one-man exhibition at the Galerie de l'Arc-en-Ciel. His early work was violently expressionistic and semi-figurative, but after the war he developed an abstract style featuring rhythmical forms in deep, rich colours, often enhanced by thick black outlines.

Read more
Initially he was successful with this work, but from 1948, following his break with his dealer, the Galerie Maeght, he went through a period of neglect and poverty. His fortunes were re‒established with a one-man show at the Galerie Bing, Paris, in 1956, and thereafter his work was widely exhibited in France and elsewhere. Further Reading M. Ragon, Atlan (1962)