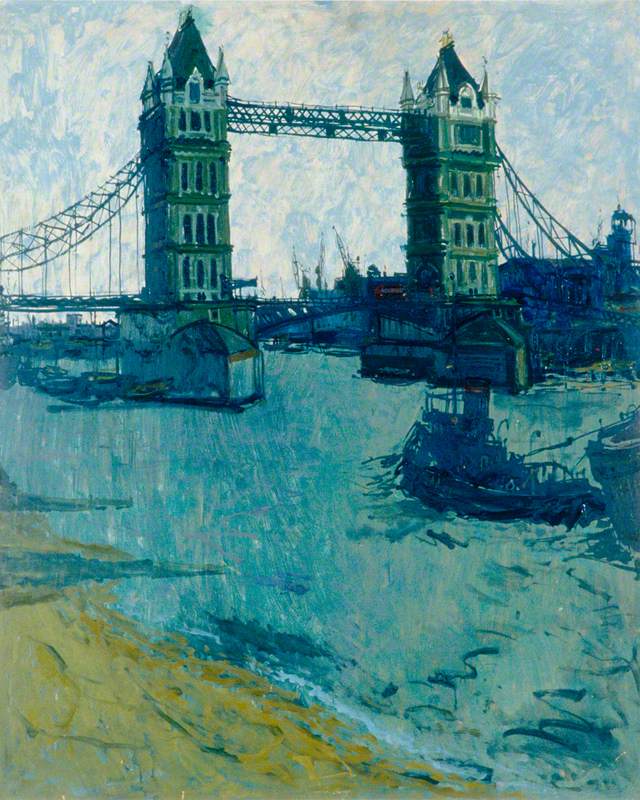 Artist in mixed media and teacher, born in Hartlepool, County Durham. He said that his pictures were “records of journeys through the landscape … and also explorations into the existence of possible bridges between the physical structure of man and his empathy for the environment”. Atkinson studied at West Hartlepool College of Art, under Harry Thubron, 1943–7, then Royal Academy Schools, 1950–5, under Henry Rushbury. After teaching at Leeds College of Art, 1964–9, moved to Canada, settling in Ontario, where he was dean in the faculty of applied arts, Fanshawe College, London, 1972–82. Group shows included Tate Gallery, 1954–6; Richard Demarco, Edinburgh, 1967; British Council tour, Tel-Aviv, 1970; Museum of Art, Carnegie Institute, Pittsburgh, 1980; and Art Gallery of Ontario, Toronto, 1984.

Read more
Had series of solo shows at Redfern Gallery from 1954, later ones including Mendel Art Gallery, retrospective, at Saskatoon, 1980, Concept Gallery, Pittsburgh, 1987, and retrospective, Hartlepool Art Gallery, 2000. Elected to NEAC, 1956, Royal Canadian Academy of Arts, 1978. Many public collections held his work, including Arts Council, Contemporary Art Society and others.