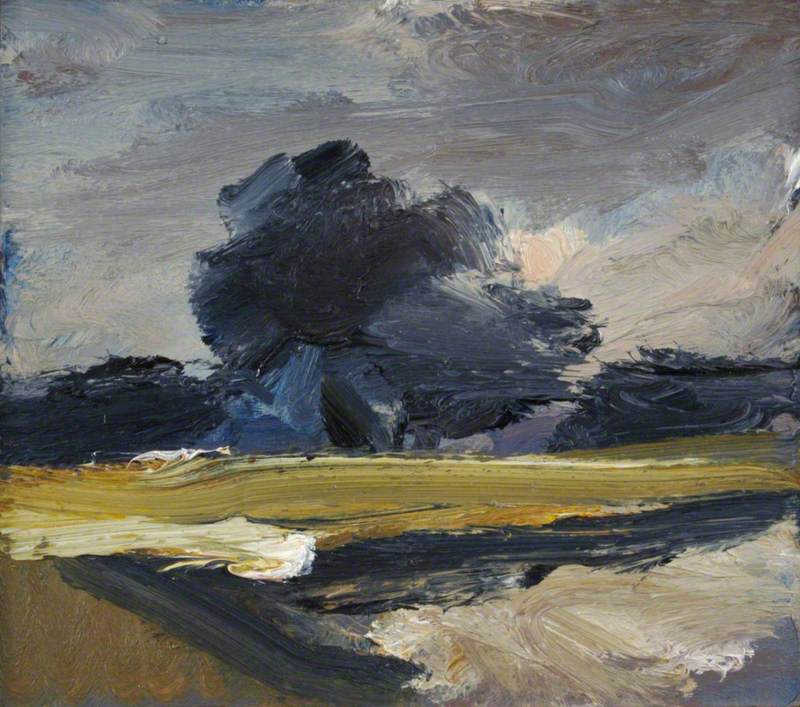 Painter and draughtsman, born in Greenwich, London. He was notable for expressive and richly coloured landscapes, as in his solo shows at Albemarle Gallery, 2002 and 2004. Atkins did a foundation course at St Martin’s School of Art, 1982–3; gained a first-class honours degree in fine art, painting, at Winchester School of Art, 1983–6; then obtained his postgraduate certificate, 1993–5. Awards included The Bateson Mason Award for Drawing, 1986; Atlantis Young Artist Award, 1st Prize, 1993; Bideford Open, prize, 1999; The Façade International Prize for Painting at The Discerning Eye and The Chichester Open, prize, both 2000; The Laing Landscape Award, 2001; and The Horan Prize for Painting, NEAC, 2003. Other mixed exhibitions included RA Summer Exhibition, 1995; Landmark.