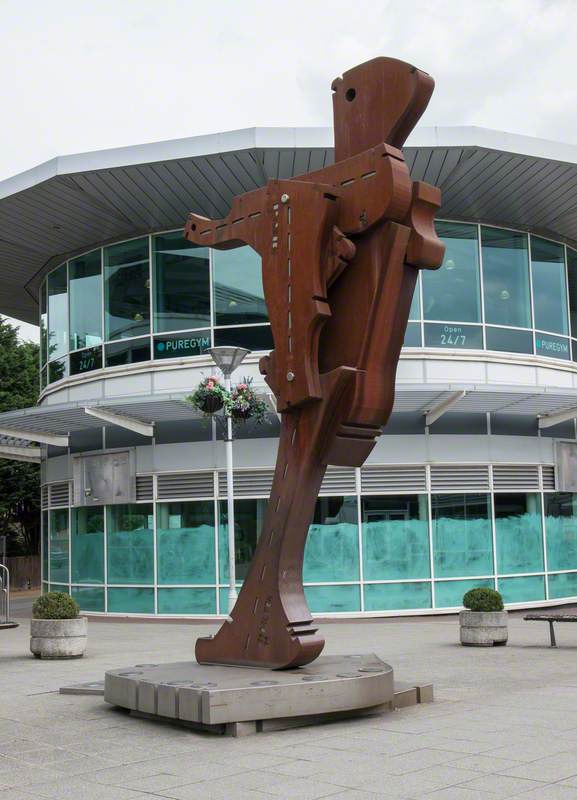 Artist working in various media, and teacher. He attended Teesside College of Art, 1977–8, and Leicester Polytechnic, 1978–81, where he graduated with honours in painting. After teaching at Teesside College, 1981–2, Atkin completed his master’s degree in sculpture at Royal College of Art, 1982–5, then had a Picker Fellowship at Kingston Polytechnic, 1985–6. He won a string of awards, including a Major Award, Northern Arts, Newcastle, 1981–2, a Henry Moore Foundation Scholarship, 1982, and a drawing prize at Royal College, 1985. He was Grizedale Forest artist-in-residence, 1987, then was for some years in Australia, having residencies at Mildura Arts Centre, Victoria College in Melbourne and at Jam Factory Gallery, Adelaide. Among his group appearances were The Eighties, Juda Rowan Gallery, 1985; National Garden Festival 90, Gateshead; and Sculpture at Canterbury, 1991–2.

Read more
Had a solo show at Hatton Gallery, Newcastle upon Tyne, 1985, one at Juda Rowan, 1986, later shows including Darlington Arts Centre, 1991–2. His commissions included Head of Mies van der Rohe, KIUK, 1984, and The Watcher, Marina Development, Cleveland, 1988–9. In 2003, Atkin’s formidable sculpture Navigator, alluding to Ipswich’s maritime history, was unveiled there alongside the River Orwell; the related maquettes and drawings were exhibited at Christchurch Mansion. Atkin, who had a studio in London, had recently shown work at Sculpture at Goodwood, The Kouros Gallery in New York and The Peggy Guggenheim Museum in Venice. In 2004 there was an exhibition at Chappel Galleries, Chappel, including Navigator effigies.