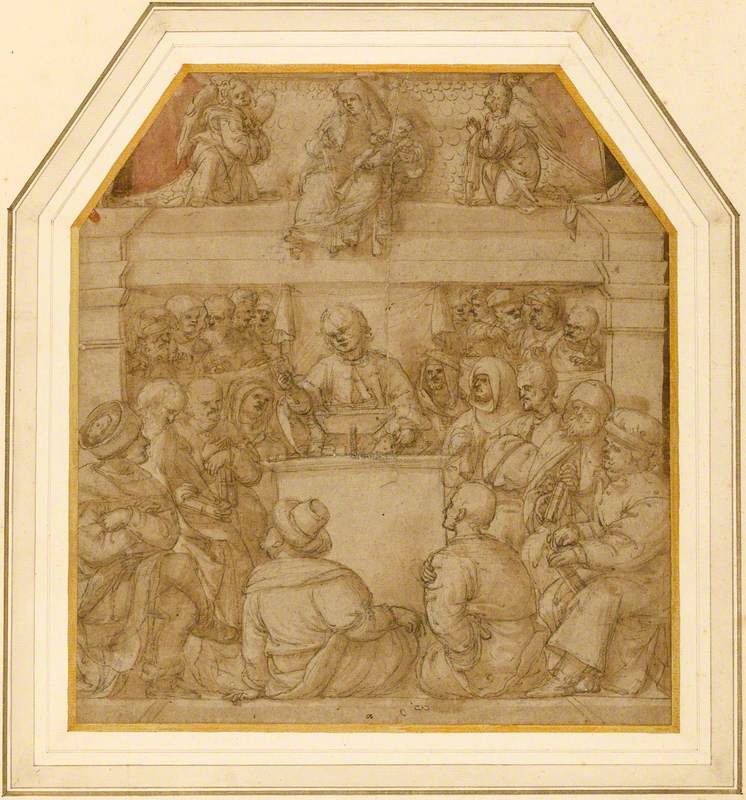 The Fitzwilliam Museum
(b Bologna, c.1475; d Bologna, ?19 Nov. 1552). Italian Mannerist painter, sculptor, and draughtsman, the best-known member of a family of artists from Bologna. Vasari describes him as having an eccentric personality and this comes out in his paintings, which are often bizarre in expression: The Holy Family with Saints (St Nicolas aux Champs, Paris) is described by S. J. Freedberg (Painting in Italy: 1500–1600, 1971) as ‘suggesting to the spectator the image of what he would expect from a demented Michelangelo’. Aspertini spent several years in Rome and two sketchbooks of Roman remains by him (BM, London) are important sources about contemporary knowledge of the antique.