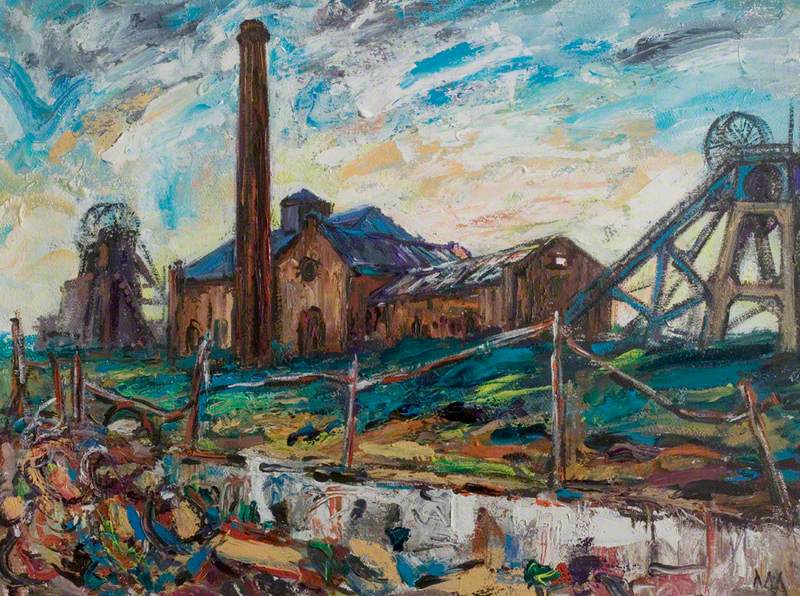 Artist, notably working in acrylic, and teacher, born in Sunderland, County Durham, who was struck by juvenile chronic arthritis aged four, and suffered from arthritis for much of her life. Despite the need for regular hospital treatment, she obtained her design and art teacher’s diplomas studying at Sunderland College of Art and at the King Edward VII College of Art, Durham University, tutors including Lawrence Gowing, Harry Thubron, Quentin Bell and Victor Pasmore. She returned to teach at her old school in Sunderland, other experience including adult education departments of Nottingham and Stirling Universities; Cumbria and Nottinghamshire Education Authorities; Workers’ Educational Association; King’s College in Cambridge; and many painting schools in Britain and abroad.

Read more
Took part in many mixed exhibitions, including Northern Young Artists Exhibition, touring; Huddersfield Art Gallery; RWS; Lake Artists, Grasmere; Castle Museum in Nottingham; and Laing Art Gallery, Newcastle upon Tyne. In the early 1990s, Arnfield was drawn to record the demise of the coal industry, in 1994 British Coal touring her show: Coal Mining in Nottinghamshire – a Tribute, for which she went underground, in a wheelchair, to see the industry first hand. Exhibitions at Renishaw Hall, seat of the Sitwell family, and at municipal art galleries and museums in Chesterfield, Mansfield and Ilkeston were followed in 1996–9 by a WAC-funded tour through Wales and England. After her death in 2001, a major show of Arnfield’s work was held at Djanogly Art Gallery, University of Nottingham Arts Centre. Arnfield had several dozen solo shows. Graves Art Gallery in Sheffield, Sunderland and Middlesbrough galleries and other mining museum and corporate collections hold examples. Lived in Westhorpe, Southwell, Nottinghamshire.