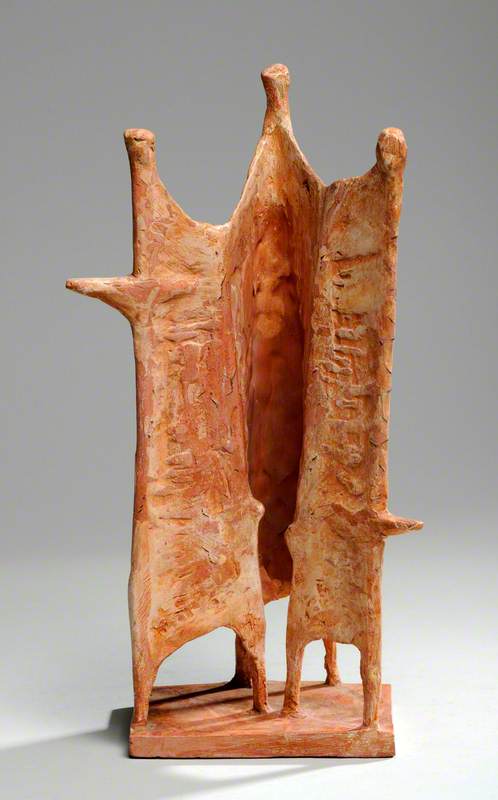 (b Leeds, 18 July 1916; d London, 22 Jan. 2002). British sculptor. In 1952 he had his first one-man show in London and in the same year his work was exhibited in the Venice Biennale; thereafter he rapidly developed an international reputation. His pre-war work consisted mainly of carvings (most of which he later destroyed), but soon after the war he began to work in bronze, which remained a favourite material for what he described as ‘the fluid, unifying and sensual quality it can give’. Bronze was also much more suitable than carving for the spindly-legged, slab-bodied shapes that were characteristic of his figures at this time; he depicted them singly or in groups, in everyday attitudes, with a sense of affection and often humour: ‘I find most satisfying work which derives from careful study and preparation but which is fashioned in an attitude of pleasure and playfulness.

Read more
’ People in the Wind (1951, Tate, London, and other casts) is a well-known example from this phase of his career and one of the first works in which he achieved a distinctively individual style. From the mid-1950s his figures became more impersonal in character and often larger in scale, and from the late 1960s he became more experimental in technique, combining sculpture and drawing in figures of wood, plaster, and paper. In the 1970s he returned to bronze and began to explore non-human subject matter. He also worked in fibreglass.