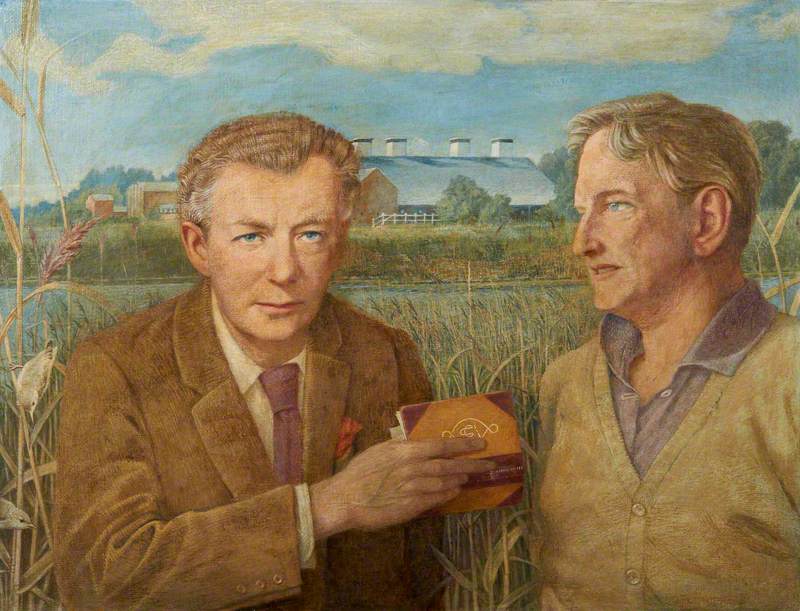 British painter, illustrator, and writer. He was born in Ringwood, Hampshire, and studied at Birmingham School of Art, 1899–1902, then in Paris at the Académie de la Grande Chaumière. In 1905 he moved to London and from 1915 to 1922 lived in the USA. He worked in a traditional style, often using tempera paint, on which he wrote two books—A Manual of Tempera Painting (1930) and Tempera Painting Today (1946). His subjects included portraits and figure compositions, often on literary themes. Armfield was also a book illustrator, wrote poetry, composed music, and took an active interest in the theatre (in 1909 he married the playwright Constance Smedley, with whom he worked closely until her death in 1941; their best-known collaborative project is The Flower Book, published in 1910).

Read more
He had been born into a Quaker family, but he became a Christian Scientist under his wife's influence, and after her death he became interested in mysticism and eastern religions, writing on these subjects under pseudonyms. He was virtually forgotten for many years after the Second World War, but he lived long enough to see a revival of interest in his work, expressed particularly in an exhibition ‘Homage to Maxwell Armfield’ at the Fine Art Society, London, in 1970.