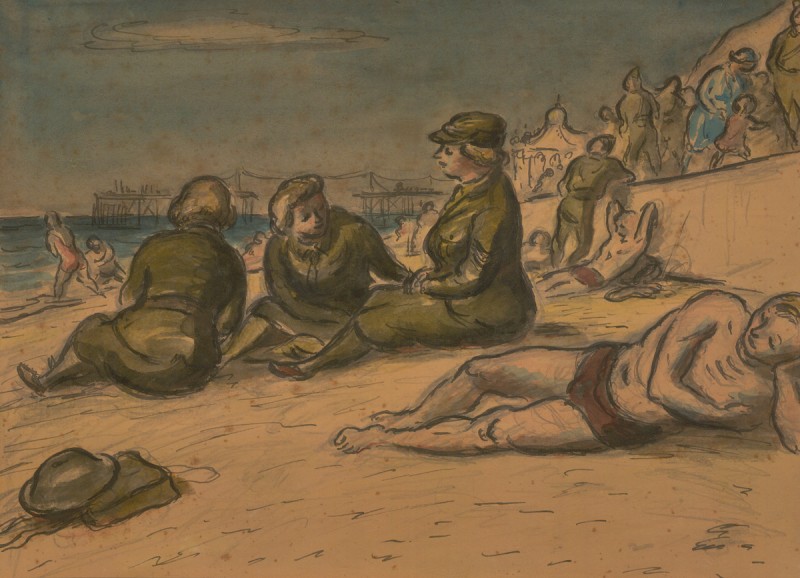 Book illustrator, lithographer, watercolourist and writer for children. Born in Haiphong, Indo-China, Ardizzone – whose work was sometimes signed DIZ or E A – studied art under Bernard Meninsky and F J Porter at evening classes at Westminster School of Art in 1920–1. After working as a clerk, he decided in 1926 to pursue art full-time; five years later he had his first one-man show at the Leger Galleries. He was an official war artist during World War II, working widely in Europe and North Africa, and his illustrated war diaries are notable records. After the war he established a strong following as a book illustrator, titles ranging from Walter de la Mare’s Peacock Pie and John Bunyan’s Pilgrim’s Progress to H E Bates’ Uncle Silas stories and Maurice Gorham’s Back to the Local.

Read more
He also wrote and illustrated his own children’s books, such as Little Tim and the Brave Sea Captain. Ardizzone’s intimate scenes of bar-room and back-stage life and street life in London are drawn with a whimsicality and charm that are inimitable and unmistakeable. Retrospective show at the Victoria & Albert Museum, 1974, centenary tour organised in 2000–3 by Wolseley Fine Arts, which also showed original book illustrations, 2004. Lived at Rodmersham Green, Sittingbourne, Kent.