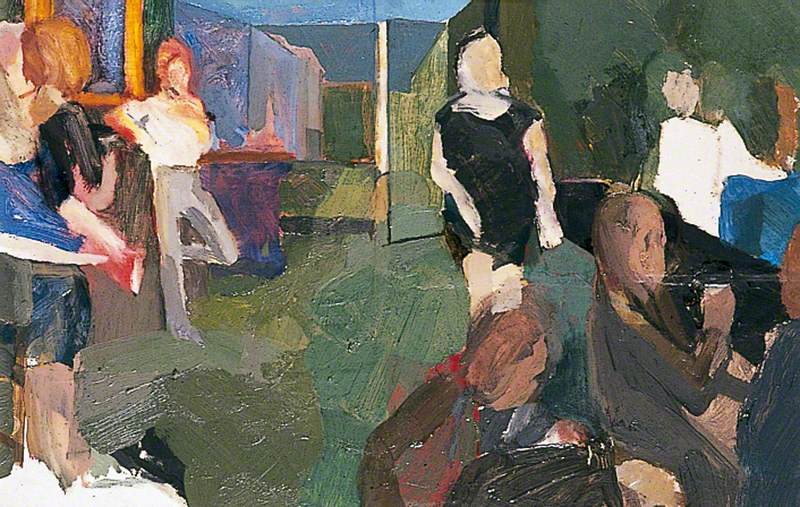 Pallant House Gallery
(b Norwich, 30 Oct. 1928; d London, 19 July 1995). British painter. He studied at the Slade School under Coldstream, 1949–53. A slow, fastidious worker, he concentrated on ambitious figure compositions, subtly handled and often with an underlying emotional tension. He shunned publicity and was little known to the public until an Arts Council exhibition of his work in 1980, after which he achieved a considerable reputation, although some critics found his work rather plodding. In the mid-1980s he had a change of direction with a series of huge, brilliantly coloured landscapes featuring Ayers Rock in Australia. See also School of London.