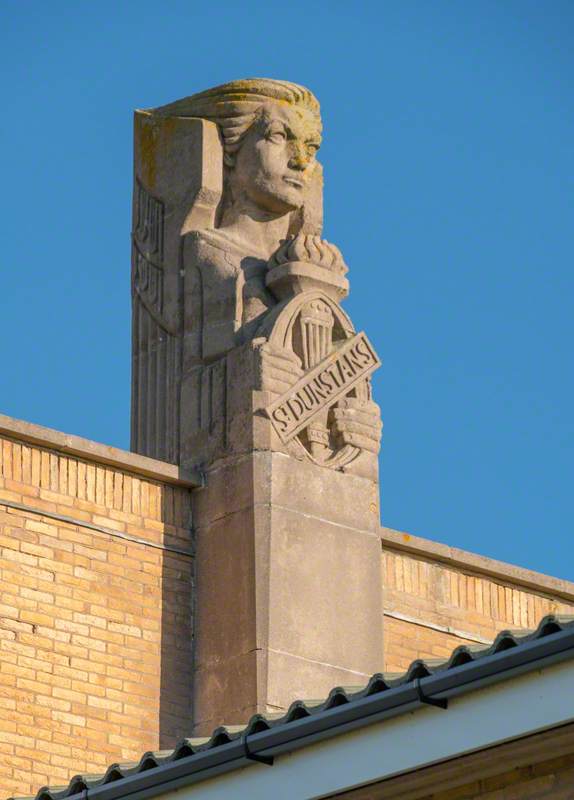 Sculptor, born in Millbrook, Southampton. Gave up training as a domestic science teacher to study at Westminster School of Art, then from 1922–5 at Royal Academy Schools. Among other awards won RA Gold Medal in 1925, the following year studying with Libero Andreotti in Florence. Three years later changed her name to Julian Phelps from Eva Dorothy. In World War II served in the Auxiliary Territorial Service, becoming a colonel and first president of its War Office Selection Board.

Read more
Created reliefs at Lambeth and Maudsley Hospitals and elsewhere. Tate Gallery holds her bronze Marjorie and her Mother and Child is illustrated in the volume RBS: Modern British Sculpture, published in 1939. She was elected a fellow of the RBS in 1947. Allan was one of a group of eminent sculptors associated with the organisation Sculptures and Memorials, formed in 1934 to promote the commissioning of pieces by British artists in native stones. The third edition of Sculptured Memorials and Headstones, 1938, illustrates her work in stone and a rubbing of a brass by her. She was interested in Romanesque and Byzantine sculpture, travelling in France and Yugoslavia to study it, and these styles are apparent in her own output. Showed often at RA Summer Exhibition, 1925–49. For some years lived in Balerno, Midlothian, with a studio in Edinburgh which was taken over by the sculptor Michael Snowden. About 1970 Allan left Scotland, finally living in Henley-on-Thames, Oxfordshire, having for long been blind.