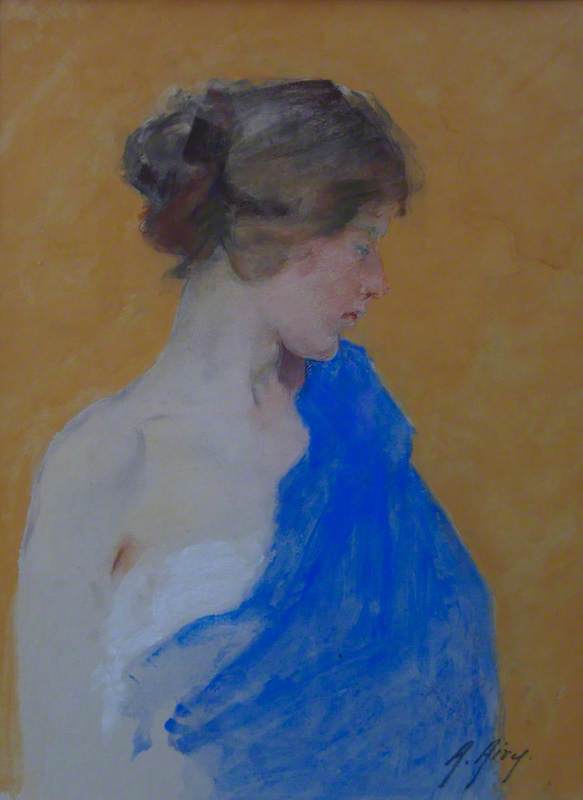 Portrait of a Girl with a Blue Dragon

Painter, draughtsman and printmaker, born in London, married to the painter Geoffrey Buckingham Pocock. Studied at Slade School of Fine Art, 1899–1903, under Henry Tonks, Fred Brown and Philip Wilson Steer; she won the Melville Nettleship Prize several times, the Slade Scholarship and all first prizes that could be won. Exhibited for first time at RA in 1905, for the last time in 1956. Also showed at Fine Art Society, RE, ROI, RI and Carfax Gallery extensively, and at many other venues. During World War I completed pictures in munitions factories for Imperial War Museum. In 1930 published The Art of Pastel, followed by London Lyrics in 1945 and Making a Start in Art in 1951. Anna Airy was an artist of great versatility whose work is in Victoria & Albert Museum, many provincial galleries as well as galleries in Australia, Canada and New Zealand.