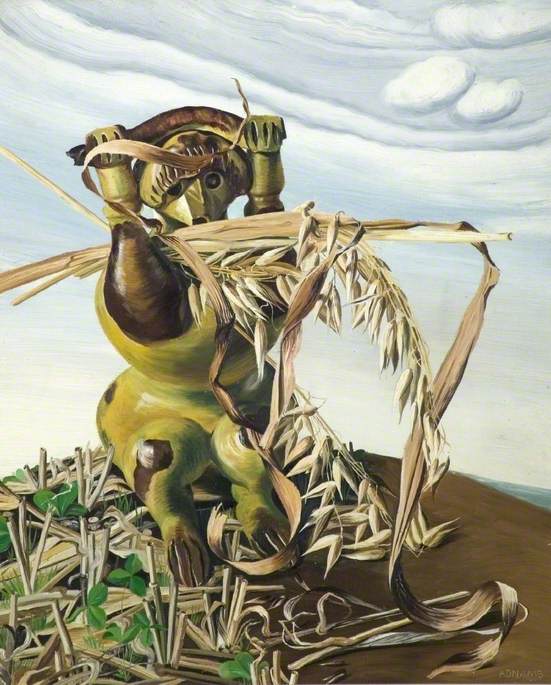 Marion Adnams initially trained as a modern languages teacher; however, woodcuts she made while travelling in Europe during the 1920s received significant praise when she exhibited them at Derby Art Gallery, prompting her to re-train at Derby School of Art during the 1930s. She qualified as an art teacher in 1938 and in 1946 she became Head of Art at Derby Diocesan Training College.

Read more
From the late 1930s onwards, Adnams became known for her distinctive Surrealist paintings, and exhibited in local galleries and in London, including at the British Art Centre and the Modern Art Gallery. Although she never formally joined any Surrealist societies, she made a significant contribution to the movement, particularly regarding female/male dichotomies within the group, which she explored extensively in her work. In 2017 she was the subject of a retrospective at Derby Art Gallery.

She wrote extensively, including an unpublished autobiography.