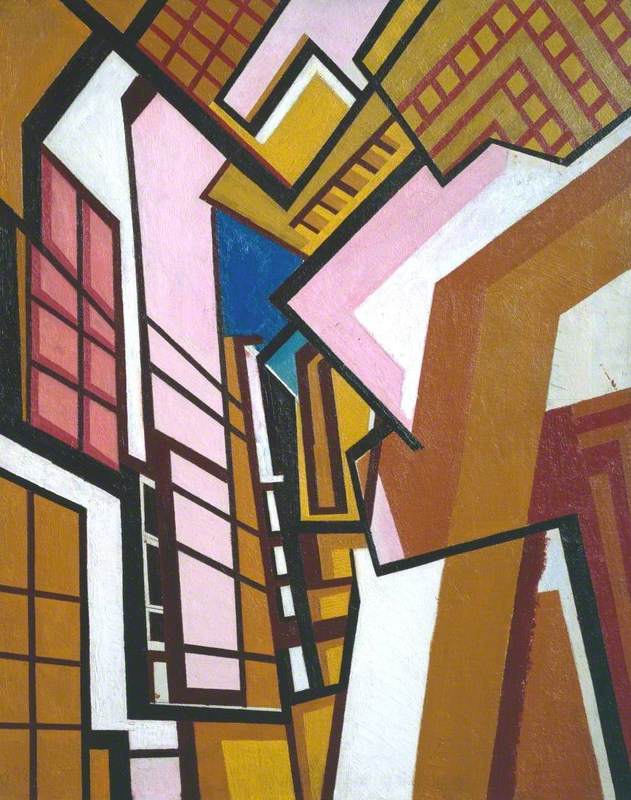 A British artistic and literary movement (its members included Ezra Pound and T. S. Eliot) founded in 1914 by Wyndham Lewis, editor of Blast magazine. Vorticism was viewed by Lewis as an independent alternative to Cubism, Expressionism, and Futurism. The term was defined by Pound, Lewis's co-contributor to Blast, as follows: 'the vortex is the point of maximum energy. It represents, in mechanics, the greatest energy.

Read more
' The Vorticists lambasted much that had gone before, including practically everything associated with the Victorian era. Instead they advocated modernity, as reflected in the machine age, and clarity of definition. The movement held a show in 1915 at the Doré Gallery, London where exhibitors included Lewis, Gaudier-Brzeska, Jacob Epstein, Frederic Etchells, William Roberts, David Bomberg, and Edward Wadsworth. A second exhibition was held in New York in 1917, but by the end of the First World War in 1918 the destruction wrought by mechanization deterred further exploration of such imagery and the Vorticist movement had ceased by 1920.