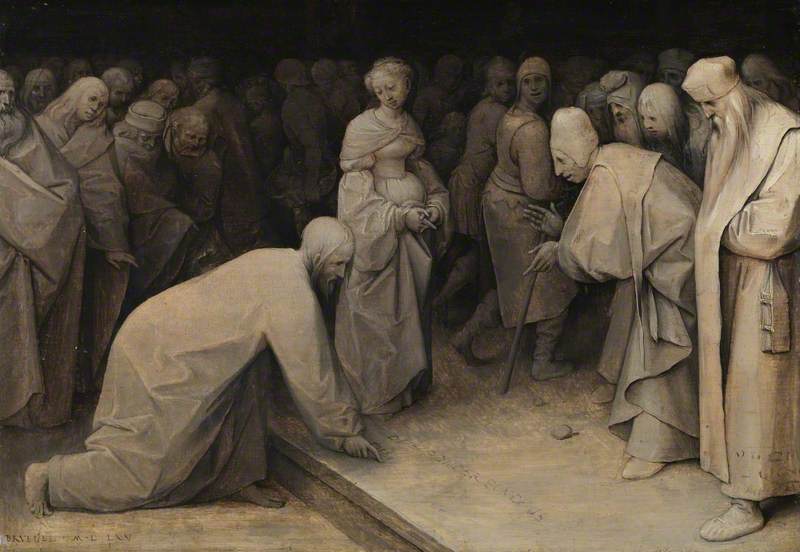 Christ and the Woman taken in Adultery 1565

A method of painting solely in shades of monochrome grey or another neutral colour. In the Renaissance and later grisaille was used for paintings, often those imitating the appearance of relief sculpture. It was also sometimes employed for underpainting, or for sketches (for example the oil sketches of Rubens). Grisaille enjoyed a revival of popularity among French 18th-century artists such as François Boucher.

Read more
It can also be found on painted furniture and ceramics of the late 18th century.