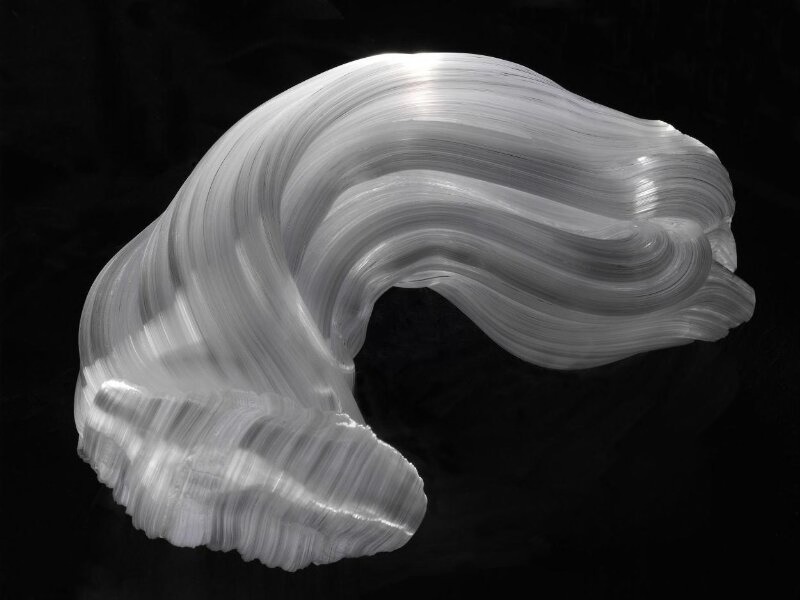 A hard, transparent material, made from silica (sand, quartz, or flint), an alkaline flux (such as potash or soda), and other ingredients such as limestone or potash of lead, which fuse when heated to a high temperature. In its hot, molten state, the glass, or ‘metal’ as it is known, can be drawn into long threads, blown into bubbles and shaped with tongs, and blown into a mould or press-moulded.

Read more
Glass can be decorated in many different ways: clear glass can be ornamented with molten threads, painted with enamel colours, engraved with a diamond point or lapidary wheel, acid-etched, or the surface can be cut to reflect light. The glass can also be coloured with the addition of metal oxide to the raw ingredients or frit. Glass was first discovered in Egypt, reputedly by the accidental presence of sand or quartz in early pottery kilns, and glass beads and other small objects were made from 1500 bc. Glass blowing originated in the first century the first century bc in Syria, leading to the production of a full range of functional domestic objects, particularly drinking vessels. During the Roman Empire techniques spread across Europe and the Near East. By the Middle Ages in northern Europe much glass production was devoted to the creation of coloured pieces for stained glass. A major industry developed in Venice from the 10th century and the area is still important for glass making today. In England George Ravenscroft invented a type of lead crystal glass in 1677, the basis of most glass produced today. The 19th century saw great technical advances, particularly in moulding, leading to mass production of both useful items, such as bottles, and decorative objects. The Art Nouveau period saw a reaction against this and the elevation of glass to an art form, as can be seen in Tiffany glass, the work of Réné Lalique and Émil Gallé, and continued in the 20th century in the work of Scandinavian glass artists.