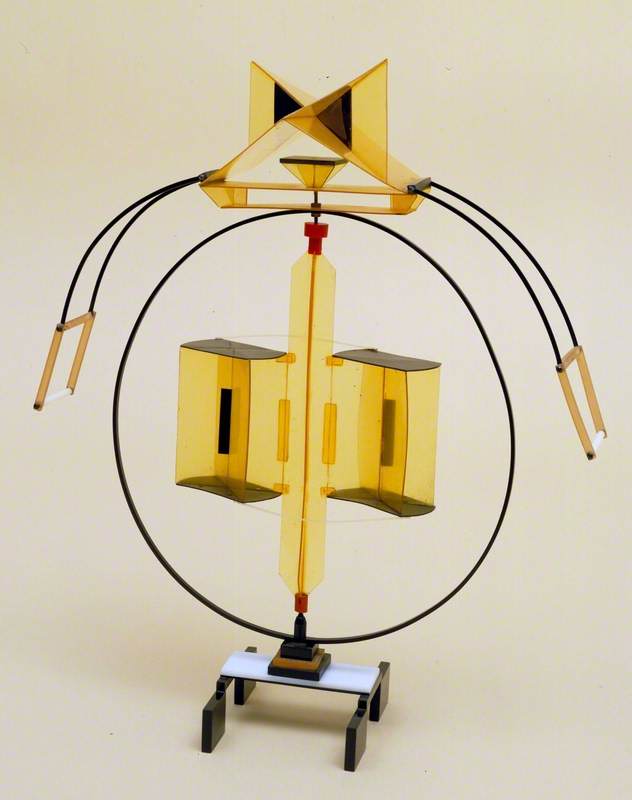 A movement that originated in Russia c.1914, it dominated art there after the 1917 Revolution and spread to the West in the 1920s. It was characterized by its abstraction and its use of industrial materials such as glass, plastic, and standardized metal parts.

Its arch-proponent, Vladimir Tatlin, put forward the concept of the 'artist-engineer,' fulfilling the social needs of Soviet post-Revolutionary society. With the triumph of Constructivism and the founding of the Institute of Art Culture (Inkhuk) many Russian artists wedded to the more traditional concepts of the fine arts left their native country: among the émigrés were figures such as Wassily Kandinsky and the brothers Naum Gabo and Antoine Pevsner. In Russia, with the devaluation of traditional easel painting, Constructivism exerted its clearest influence in a number of other fields including architecture, typography, and theatre. Tatlin's wooden model for the gigantic monument (never built) he planned for the Third International became the symbol of Soviet Constructivism.