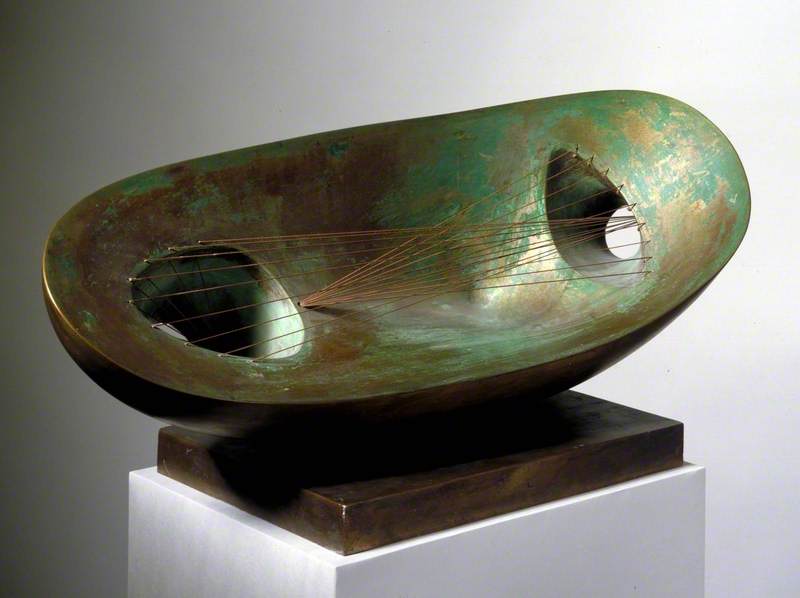 cast
To reproduce an object, such as a piece of sculpture, by means of a mould (usually of plaster) taken from it. A cast is also the copy so produced.

bronze
An alloy of copper containing more than one per cent of tin, and sometimes other metals as well (most notably lead). It is more easily melted and cast than pure copper as well as being harder and more durable. Bronze was developed by many of the ancient civilizations and was widely used from the Bronze Age onwards for weaponry, tools, and armour, as well as for sculpture, for which it became the most favoured medium. There are a few surviving examples of Greek statuary in bronze, and innumerable ones from Roman times. By the 12th century bronze was also used in the West for candlesticks, altar fittings, and liturgical objects. In the early Renaissance artists such as Ghiberti utilized bronze for the sculptural decoration of church doors (for example the Florence Baptistery). Donatello and Verrocchio revived the antique practice of casting large-scale statuary in bronze and by the mid-16th century bronze was in widespread use for the production of small-scale statuettes. In the 18th century much fine French furniture was ornamented in bronze. The term has only been used accurately in Britain for the last 200 years or so; prior to then most metal sculpture had been described as being made of brass.