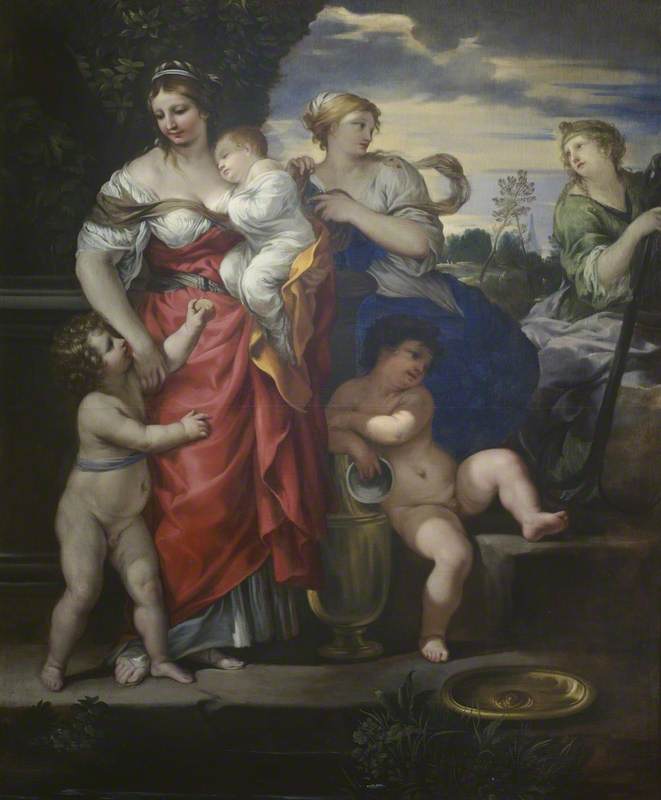 A term now generally used to describe art in Europe between c.1600 and c.1750. It is broadly accepted today that 'Baroque' implies dynamism and movement (particularly in architecture and sculpture), and a theatricality dependent on a mastery of space and geometry. The illusionism of Baroque painting is, nevertheless, founded on the ability to depict reality. All Baroque art, however outwardly dissimilar it may appear, is indebted to the technical achievements of the Renaissance.

The term itself originated in the mid-18th century when used by Johann Joachim Winckelmann (1717–68) in a derogatory sense, to describe the allegedly excessive art of the preceding era. The word 'Baroque' was claimed to derive from the Portuguese barroco meaning a 'pearl or tooth of unequal size.' It therefore implied imbalance and ugliness, as opposed to the ideal beauty and perfection sought by Winckelmann through the imitation of ancient, more particularly Greek, art. It was not until the later 19th century that 'Baroque,' through the writings of a series of distinguished German art historians, lost its pejorative connotations and was considered as an art that was vital and distinct from that of the hallowed Renaissance.

The Baroque was originally associated with post-Counter-Reformation Italy and with the concept of the unity of the arts, best exemplified in the work of Gianlorenzo Bernini (1598–1680), architect, sculptor, theatre set designer, and painter and the presiding artistic genius of 17th-century Rome. Essentially a Catholic art, the Baroque spread from Italy to Spain, the Spanish Netherlands, and later to southern Germany, numbering among its many masters such diverse figures as Borromini, Pietro da Cortona, and Rubens.